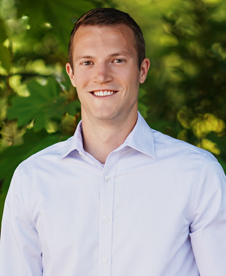 Jesse is a graduate of Oregon State University with a degree in Mechanical Engineering. Before attending university, he spent four years in the Air Force, maintaining electrical systems onboard the C-130 Aircraft.

Jesse loves everything outdoors and derives his power from observing nature. Running, boarding, basketball, golf, and yoga are a few of the activities he enjoys regularly. On the weekends you can find him playing at the park and riding bikes with his son.