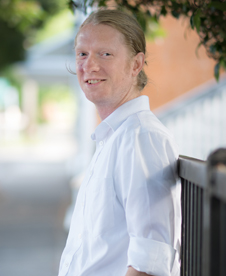 Jon graduated from the University of Wisconsin with a degree in Electrical Engineering. During his studies, Jon specialized in digital signal processing and alternative power generation, such as fusion energy. He has two years of experience as an electrical designer for light and medium industrial facilities where he worked on power systems, programmable controls, facility lighting, and arc-flash mitigation. Jon is proficient in designing control systems using Control Logix, Micrologix, and HMI development using FactoryTalk software.

Jon is passionate about music production, recording, and live sound. He has worked with numerous local bands and artists both live and in the studio. He spends a great deal of time outside of the office creating electronic music using midi hardware and Ableton Live. Other hobbies include snowboarding, camping, and generally enjoying the great outdoors.